Philip Hollobone MP might benefit from reading the odd newspaper

October 26, 2007 wonkotsane General 3 comments
! This post hasn't been updated in over a year. A lot can change in a year including my opinion and the amount of naughty words I use. There's a good chance that there's something in what's written below that someone will find objectionable. That's fine, if I tried to please everybody all of the time then I'd be a Lib Dem (remember them?) and I'm certainly not one of those. The point is, I'm not the kind of person to try and alter history in case I said something in the past that someone can use against me in the future but just remember that the person I was then isn't the person I am now nor the person I'll be in a year's time.

Philip Hollobone, the Tory MP for Kettering, is calling for a change in the law to stop Police from telling asylum seekers to find their own way to immigration centres.

Quite why this is a shock to an MP is a mystery to be honest.  It’s been happening for years and if I remember rightly, somewhere in the region of 50% of asylum seekers are never seen again after being sent on their way.

Even if asylum seekers report to immigration as soon as they get off the banana boat/gravy train/airplane, they are processed and given an appointment at a specified immigration centre.  They are then turfed out and half of them are never seen again.

There is a relatively cheap and simple solution to the problem – stick them on one of these buggers, 5 miles off the coast, and see them do a bunk: 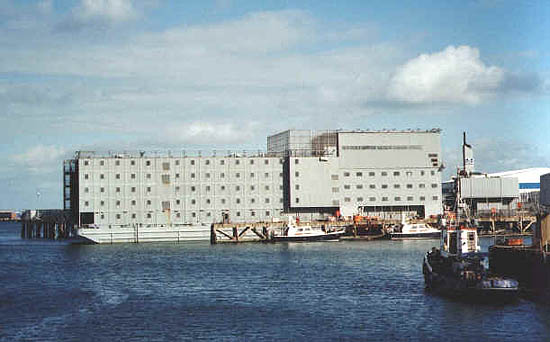 The best place to moor a prison ship full of asylum seekers would be in the middle of the English Channel seeing as how the French are so keen on accidently letting them leave their country for ours.  International law says that you must claim asylum in the first friendly country you set foot in.  As we’re an island that means most asylum claims are going to be invalid and they should be deported back to the first friendly country they arrived in to make a valid claim for asylum.