January 19, 2008 wonkotsane Twat of the Week 6 comments
! This post hasn't been updated in over a year. A lot can change in a year including my opinion and the amount of naughty words I use. There's a good chance that there's something in what's written below that someone will find objectionable. That's fine, if I tried to please everybody all of the time then I'd be a Lib Dem (remember them?) and I'm certainly not one of those. The point is, I'm not the kind of person to try and alter history in case I said something in the past that someone can use against me in the future but just remember that the person I was then isn't the person I am now nor the person I'll be in a year's time. 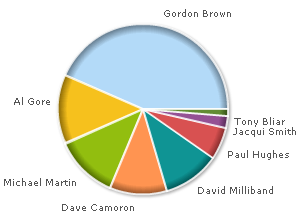 The votes have been cast and there is a clear winner.

Camoron rallied slightly yesterday but it was too little too late and he finds himself languishing in joint 4th with Batshit.

Paul Hughes, my pretendy Welshman colleague who asked so nicely to be included in the poll despite not being a public figure, put in a magnificent showing finishing 6th in front of Jacqui Smith, Traitor Bliar and Alistair Darling who, with zero votes, really needs to put in more effort.

The final results were as follows: 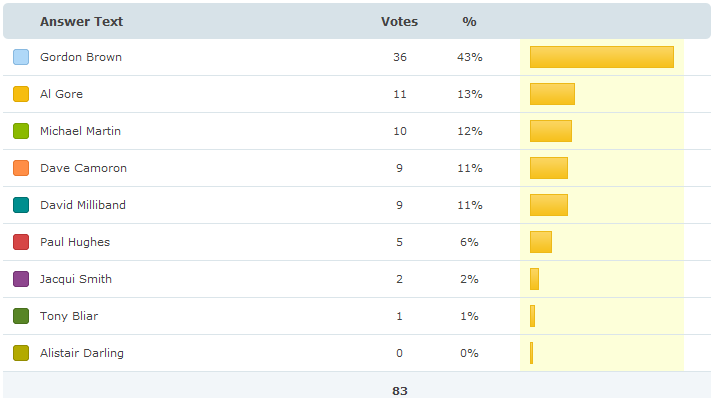 A triumphant Gordon Brown thanked the people of the Republic of New Britain when presented with his award this morning at breakfast.  “This shows that the people have trust in New Labour and the reforms being delivered by the Ministry of Truth” he said between mouthfuls of porridge. 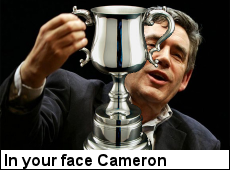 Al Gore, who had flown in specially from the US on his private jet for the celebration breakfast, was gracious in defeat although he was heard to call the Prime Minister a “kilt wearing polar bear murderer” for leaving the bathroom light on.

David Camoron missed the award ceremony after getting knocked off his bike by one of Alistair Darling’s eyebrows at a set of traffic lights.

David Milliband wasn’t present at the breakfast and hasn’t been seen since going on a binge with Peter Hain on Thursday night.  The pair were last seen staggering down Clapham High Street with a traffic cone and a car park sign singing what appeared to be a song about hedgehogs to the tune of Beethoven’s “Ode to Joy”.

Also missing was Tony Bliar who declined the invitation as he had a conference call with Jesus at 8.30am followed by guitar lessons with Jimmy Hendrix but thanked the Prime Minister for his vote.