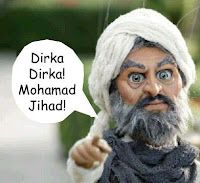 A church in Florida plans to hold a “Burn the Quran Day” on September the 11th, despite universal condemnation both at home and abroad.

The church preaches that “Islam is of the devil”.

Back in 2005, the Danish newspaper, Jyllands Posten, published cartoons depicting the muslim prophet, Mohammed.  The newspaper was threatened with bombings and the cartoonist received death threats.

The response from the “international community”?  Calls for moderation and criticism of the newspaper and cartoonist for offending muslims.

And in 2006, three boys were expelled from an Islamic school in Australia after they were caught pissing on bibles and burning bible pages.

The response from the “international community”?  Well I don’t remember seeing it on the news or in any newspapers over here.  There were no spontaneous protests from christians calling for the boys to be beheaded.  The boy’s father blamed the school.

Still in 2006, muslims protesting in London about the newspaper in Denmark publishing Mohammed cartoons waved placards calling the murder of people who insult Islam and other “anti-British slogans”.

The response from the “international community”?  Calls for moderation and criticism of the newspaper and cartoonist for offending muslims.

And a regular sight at any anti-American or anti-west protest by muslims, the burning of the Stars & Stripes: 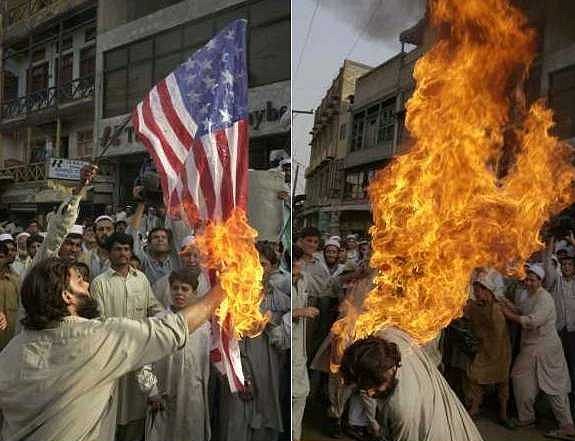