October 6, 2006 wonkotsane Labour, Police State 4 comments
! This post hasn't been updated in over a year. A lot can change in a year including my opinion and the amount of naughty words I use. There's a good chance that there's something in what's written below that someone will find objectionable. That's fine, if I tried to please everybody all of the time then I'd be a Lib Dem (remember them?) and I'm certainly not one of those. The point is, I'm not the kind of person to try and alter history in case I said something in the past that someone can use against me in the future but just remember that the person I was then isn't the person I am now nor the person I'll be in a year's time.

The Demon Headmaster says that he asks muslim women covering their faces to uncover them when they’re talking to him because he thinks that the veil makes it difficult to communicate and acts as a barrier to integration.

Naturally, all the muslim “community leaders” are up in arms at Straw’s insensitivity and racism and breach of human rights and lots of other things they’ve thought up that he’s suddenly guilty of.

Let’s just put this into perspective.  He asks them to remove their veils but he doesn’t insist they do.  He always has another woman in the office when he’s talking to muslim women.  His request is perfectly reasonable, much as it pains me to agree with anything he says.

This morning the BBC interviewed several people about it.  They were all muslims of course.  One muslim woman wearing a veil came out with the classic “breach of human rights” comment and then went on to say that Jack Straw shouldn’t impose his views on other people.  He doesn’t refuse to speak to them if they wear veils so I’m not sure what human right has been breached and as for imposing his views on other people … covering yourself from head to toe is a foreign custom that isn’t very popular here, is it ok to impose that view on the majority of people because it’s a religious custom? 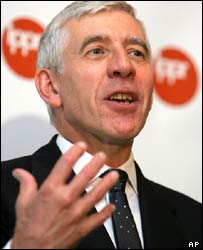 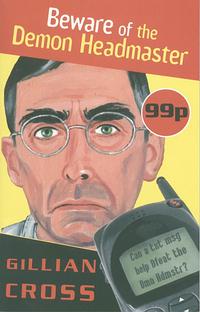