Another thieving bastard politician stealing from the taxpayer

May 16, 2009 wonkotsane Come the revolution, Corruption, Sleaze 2 comments
! This post hasn't been updated in over a year. A lot can change in a year including my opinion and the amount of naughty words I use. There's a good chance that there's something in what's written below that someone will find objectionable. That's fine, if I tried to please everybody all of the time then I'd be a Lib Dem (remember them?) and I'm certainly not one of those. The point is, I'm not the kind of person to try and alter history in case I said something in the past that someone can use against me in the future but just remember that the person I was then isn't the person I am now nor the person I'll be in a year's time.

Another thieving bastard MP has been suspended from the Liebour Party for expenses fraud. 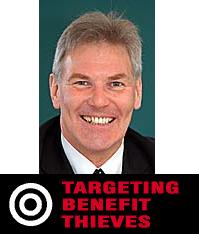 David Chaytor, the thieving bastard MP for Bury North, has been fraudulently claiming mortgage payments on his expenses even though the mortgage was paid off by the taxpayer in 2004.  In total he has fraudulently claimed nearly £13k.

This wasn’t an error in accounting procedures, this thieving bastard MP has stolen £13k from the taxpayer.  Suspension from the Liebour Party isn’t good enough, he has admitted defrauding the taxpayer and now he needs to be arrested and prosecuted for fraud, obtaining a pecuniary advantage and malfeasance in public office.

If one of my local MPs is exposed for fraudulent expenses payments – and I fully expect mine to be – then I’ll be reporting them to the police.