July 3, 2009 wonkotsane Climate Change, Funny No comments
! This post hasn't been updated in over a year. A lot can change in a year including my opinion and the amount of naughty words I use. There's a good chance that there's something in what's written below that someone will find objectionable. That's fine, if I tried to please everybody all of the time then I'd be a Lib Dem (remember them?) and I'm certainly not one of those. The point is, I'm not the kind of person to try and alter history in case I said something in the past that someone can use against me in the future but just remember that the person I was then isn't the person I am now nor the person I'll be in a year's time.

The 29 eco-terrorists that stopped a coal train going into the Drax power station have been convicted of obstructing the train and sentenced to community service. 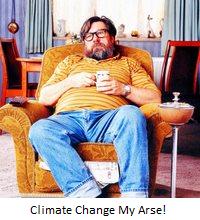 Back in September a group of hippy freaks from Greenpeace broke into Kingsnorth power station and caused £30k of damage.  They got away with it because they convinced a judge that their bullshit discredited climate change theories said that the power station would cause more damage to the environment than they were causing to the power station so their vandalism and criminal damage was justified.

I said then that the defence would be used again and it has – the Drax eco-terrorists tried to use the same defence but thankfully this judge didn’t buy into their climate change bollocks and refused to listen to their “evidence”.

Socialist Unity are having a whip-round to pay their fines.  Good luck with that, Jobseekers Allowance doesn’t pay that much.