October 3, 2009 wonkotsane Federal Europe No comments
! This post hasn't been updated in over a year. A lot can change in a year including my opinion and the amount of naughty words I use. There's a good chance that there's something in what's written below that someone will find objectionable. That's fine, if I tried to please everybody all of the time then I'd be a Lib Dem (remember them?) and I'm certainly not one of those. The point is, I'm not the kind of person to try and alter history in case I said something in the past that someone can use against me in the future but just remember that the person I was then isn't the person I am now nor the person I'll be in a year's time.

The people of Ireland have been bullied, cheated and bribed into voting for the EU Constitution aka the Lisbon Treaty. 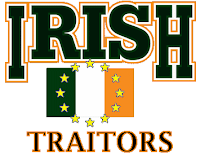 Despite yesterday’s referendum being on exactly the same Treaty already rejected this year in Ireland, the Irish have been conned into believing the “guarantees” they have been given that the Treaty will be changed are legally binding when they are nothing more than the crooked words of crooked eurofederalist politicians.

This time, the “no” campaign was given less media coverage than the “yes” campaign after regulators in Ireland said that it was legal for broadcasters to be biased towards the Irish government’s campaign.

The only way Lisbon can be stopped now is if the Polish and Czech presidents can hold out on their ratification until the next general election in this country and hope that the Tories stick to their word and suspend ratification while they hold a referendum. However, the Polish president is unlikely to hold out for more than a few days and the Czech president is going to find it very difficult to hold out for 7 months, even with a legal challenge expected to last a few months. On top of all that, David Camoron is a fundamentally dishonest traitor who has repeatedly confirmed that he fully supports ever closer union.

The Lisbon Treaty is unlawful in this country as it binds future parliaments – something that is illegal under English law – but our corrupt, politicised judges will never stand up to their political masters. Camoron will be breathing a huge sigh of relief this afternoon that the Lisbon Treaty will most likely be ratified by the time of the next election and that he won’t have to pretend not to want it.

Once it is ratified, the Lisbon Treaty can’t be modified or repealed by our own parliament. The only way to rescind it will be to leave the EU and once the Lisbon Treaty is in force, leaving will require the unanimous agreement of our “partners” in the European Empire and a two year cooling off period. They will never agree so we will be in for a fight – perhaps even the threat of troops on our streets from the EU national army that Lisbon will create or the arrest of any politicians involved in leaving by the EU police force that Lisbon will create. But the only way we will ever be rid of these fascists is by voting UKIP – the only party that is committed to leaving the European Empire … with or without their permission.

Meanwhile, did you hear the one about the Frenchman, the Dutchman and the Irishman that had a referendum on the Lisbon Treaty …