March 13, 2013 wonkotsane EDP, Funny No comments
! This post hasn't been updated in over a year. A lot can change in a year including my opinion and the amount of naughty words I use. There's a good chance that there's something in what's written below that someone will find objectionable. That's fine, if I tried to please everybody all of the time then I'd be a Lib Dem (remember them?) and I'm certainly not one of those. The point is, I'm not the kind of person to try and alter history in case I said something in the past that someone can use against me in the future but just remember that the person I was then isn't the person I am now nor the person I'll be in a year's time.

Robin Tilbrook has posted a copy of his speech from the English Democrats’ party conference in Doncaster last week.  This rip-roaring event was attended by as many as 50 people, including the speakers.  Quite the political force.

I tried to read the speech properly but I was bored to tears very quickly despite the many humorous attempts to mislead people and jackanory stories. I did manage to skim through it though and a few things jumped out. 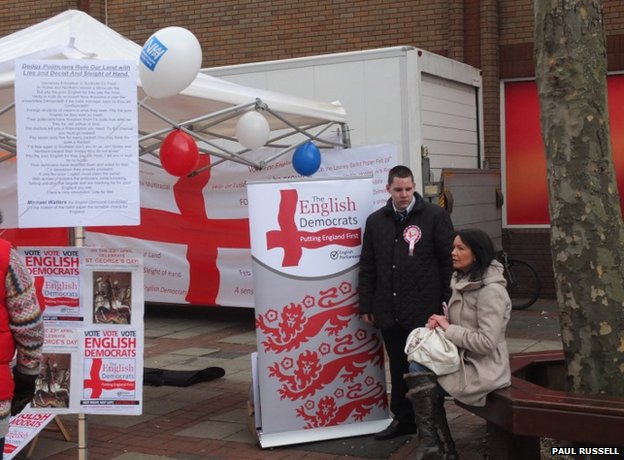 The Raving Loonies campaigning in Eastleigh

It’s interesting to see that Peter Davies’ falling out with the party started when he refused to employ an English Democrats activist as a £35k a year assistant.  Clearly getting Peter Davies elected was seen as a money-spinning opportunity for the party and noses were put out of joint when that failed to materialise.  That Tilbrook then trivialises Davies’ obviously serious concerns about the takeover of the party by racists and extremists is quite telling of the quality of his leadership. 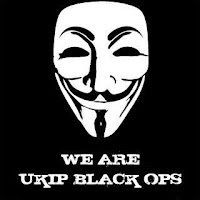 Finally, it’s brilliant to see UKIP Black Ops get another mention by Tilbrook. UKIP Black Ops was invented by Steve Uncles a while back and those of us who are supposed to be part of this apparently secretive operation (so secret that Uncles knows all about it) funded personally by Nigel Farage have great fun taking the piss out of the English Democrats over it.

I’m sure there’s more in there of interest to those that follow the comical performance of the English Democrats but I really couldn’t be bothered to read any more.