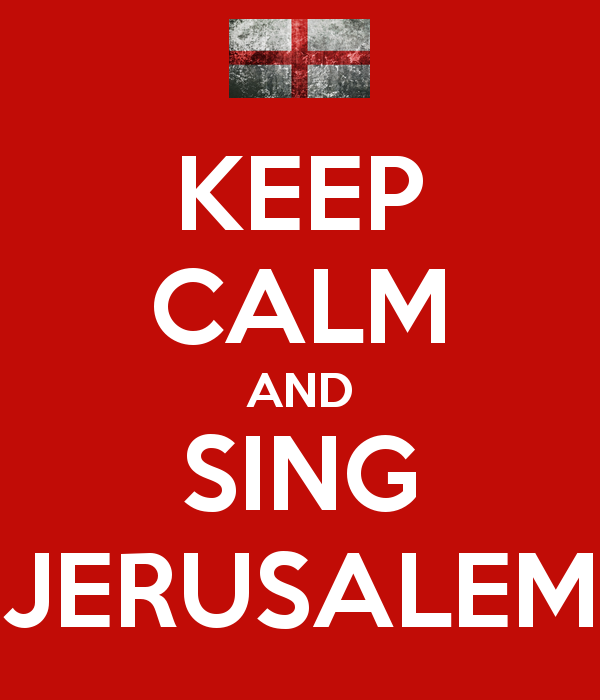 The rugby world cup has started so it’s time for the obligatory whinge about the English RFU using the British national anthem to represent England.

You wouldn’t bring a British flag to an England match so why would you sing the British national anthem? 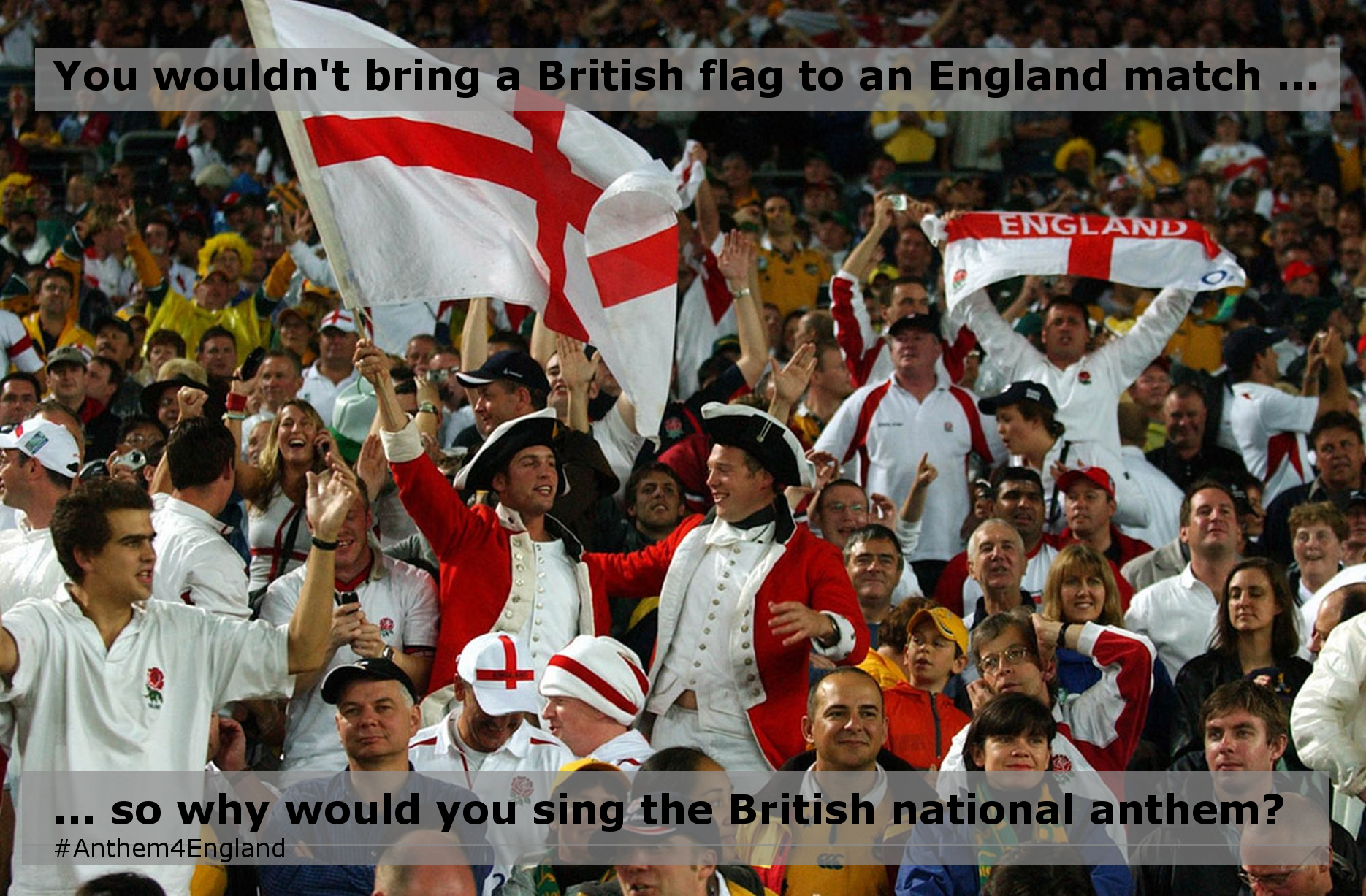 The Daily Mail has an article from British nationalist Robert Hardman, on why England shouldn’t have its own national anthem or parliament and should continue as the last colony of the British Empire.

I didn’t think it was possible for a professional journalist to write such a long article and manage to miss the point entirely.  His argument against and English Parliament is the usual “we don’t want more politicians” – as we’ve said many times, an English Parliament doesn’t have to mean more politicians, just different politicians as three quarters of the British government will no longer be needed.  And even if it did mean more politicians (like it did when the Scots and Welsh got their government) then isn’t it up to the English whether they wish to pay for them or not?  Hardman says “we” don’t want more politicians but who is the “we” that he is speaking for?  His fellow British nationalists?  The Daily Mail?  The people at his golf club?  He doesn’t speak for me or the majority of CEP members and supporters who would gladly pay the cost of extra politicians if it meant that we got our Parliament.

His argument against an English national anthem is that God Save the Queen is the British national anthem and … well, there isn’t really an argument.  He says God Save the Queen is good enough and that we shouldn’t change it because other people (the Scots and Welsh often complain that the English use the British anthem, even though they don’t want to use it themselves) don’t like it.  He doesn’t mention that fact that there’s a lot of us that don’t like it – I personally can’t stand listening to the British national anthem being played before English sporting events and have to turn the channel over or at least mute the TV to avoid being thrown into a rant.

Hardman goes on to say that if, heaven forbid, the English might be allowed to express their identity through a national anthem of their own, Jerusalem wouldn’t be suitable because it’s not inclusive and multi-cultural enough as a Christian poem set to war music.  Jerusalam, of course, tops every poll on an English national anthem and the fact that it is a Christian poem (and a satire that appears to have been lost on Hardman) is irrelevant on account of England being a Christian country whose society is built on Christian values.

There is a poll with the article asking whether England should have its own national anthem currently showing 40% ifor “Yes” and 60% for “No, God Save the Queen is best”.  CEP members have reported mysterious problems with the poll telling them they’ve already voted when they haven’t but it’s important that as many people as possible persevere and vote for an English national anthem – the British nationalists are very well organised and will have been spamming the poll all day yesterday.

Greg Mulholland, MP for Leeds North West, has said that, after the Welsh National Anthem was played alongside God Save the Queen at Wembley at the weekend to mark the fact that Cardiff City made the final, it is time for an English anthem to mark when English teams compete internationally.

Greg has written to the Football Association to outline these views.

Commenting on the opening Greg said:

“It is rather odd that the welsh national anthem was used for a welsh team playing in the FA Cup Final, yet the English Football Association continues to ignore the obvious fact that the England football team should use an English national anthem.

“It is time this blind spot was addressed. I am all for Scotland and Wales having their own anthems and using them when appropriate, but how long must we endure England being overlooked or lazily confused with Great Britain and the UK.

“It is time English sporting associations, starting with the FA woke up to this. In 1966 England fans waved union jacks, now they proudly and correctly fly the cross of St George. “

“It is time we made the same logical step with the anthem and left God Save the Queen for its correct usage such as at the Olympics when we are competing as Great Britain or the United Kingdom”.

Bob Peedle, Chairman of the Royal Society of St George, has criticised Wayne Rooney for not singing the British national anthem before England games.

Apparently, Rooney doesn’t know the words which Peedle thinks is disgraceful and has offered to teach them to him.

The Royal Society of St George is there to promote England and the Commonwealth, singing the British national anthem before English football games is counter-productive to that aim and Bob Peedle is wrong.

I sent the following comment to the Daily Mail:

I’m sorry, I fail to understand why an ENGLAND player should sing the BRITISH anthem when his Scottish, Welsh and Northern Irish counterparts sing their own anthem.

Bob Peedle’s organisation represents England, not Britain – he should be devoting his energies to getting an English anthem (such as Jerusalem) sung at English matches, not criticising English football players for not singing another country’s national anthem.