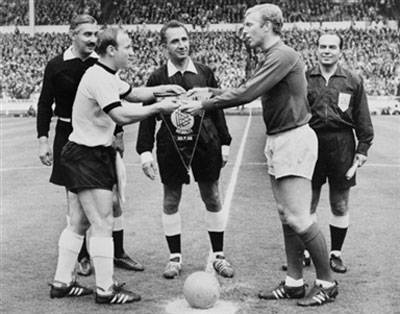 Pope in hypocrisy shock (not)

The Pope is bitching about Belgian police raiding the home of a retired Catholic archbishop and the graves of two prelates as part of an investigation into child abuse by Catholic clergy.

Well that’s a bit unfortunate your holiness but if the Catholic church dealt with paedophile priests instead of protecting them then the police would probably be happy to rely on the co-operation of the church.  In fact, if the Catholic church told their priests that child abuse is an unforgivable sin there might not be any need for police investigations at all.

Belgium is an overtly Catholic country (with the exception of Brussels which is rapidly turning Islamic) so the decision to raid the home of a retired Catholic archbishop won’t have been taken lightly.  The Pope should get his own house in order before he starts criticising other people.

Here’s a request from Blists Hill Victorian Town, part of the Ironbridge Gorge museums.  We spend quite a lot of time at Blists Hill and we find something new every time.  They rely on donations and volunteers to keep the museums open and the money will come in useful!

I hope that you can help.  As you may be aware, Blists Hill Victorian Town in Ironbridge has reached the Short-list of the Art Fund Prize for Museum of the Year 2010, the largest arts prize in Britain.

The Museum is up against some significant competition including the Ashmolean Museum, Oxford and Ulster Museum, part of the National Museums of Northern Ireland.

Ironbridge has to prove strong support from its visitors and friends if it is to stand a chance of winning the £100,000 prize and you can help by voting on the Art Fund Prize website until 18 June 2010.  As a charity, Ironbridge does not receive any statutory funding from either central or local government and if the Museum was fortunate enough to win the prize, it would use the funds to create a new education and gallery space in the Museum of Iron for the many thousands of school children who visit each year from Shropshire and beyond.

Please can you vote by following the link http://www.artfundprize.org.uk/2010/vote/ – it should only take about 30 seconds and you can win a great prize just for voting.  If you can leave a nice comment too, that would be great!

Please can you also share this request with family, friends or, even better, your work colleagues.  We’d like to think that a vote for Blists Hill Victorian Town is a vote for Shropshire and the West Midlands too.

You can chart our progress by clicking http://www.artfundprize.org.uk/2010/vote/thank-you.php

How was your day dear?

Having spent four nights in the world’s most uncomfortable hotel bed in Leicestershire, I woke up tired and grumpy this morning which is not a good way to start the fourth day of a five day training course.

Actually, I was woken up by a phone call from an excitable Mrs Sane rather than my alarm this morning to tell me that the internet was working again in our house.  It stopped working Friday night/Saturday morning and if it wasn’t for repeated phone calls arguing with “higher level technical support” people at Sky about what the problem was, I would still be without internet now.

Anyway, I haven’t put in my expenses and compensation claim for 5 days without internet, hours of phone calls on my mobile and doing their bloody job for them yet so I’ll save the details for another day.  They’ve also messed up my phone line in fixing the broadband because the phone number rings out but the line is dead.  They’re saying someone will call me in 24-48 hours to do some diagnostics, I’ve told them I’ll be phoning Virgin if it’s not working by the time I get home tomorrow.

So, back to this morning.  I’m already feeling a bit crap – tired, aching, homesick – so what I really needed to cheer me up was a phone call at half 11 this morning to tell me my grandad had died.  He’d been ill for a while having had a couple of heart attacks, emphysema, pleurisy, and asthma and had a couple of weeks in hospital a couple of months back but as far as we knew, he was waiting for a chest infection to clear up so he could have a blocked artery sorted out.  He was taken into hospital overnight with a bad chest and died this morning at half 10.  Bit of a shock and pretty gutting, especially as I’m away from home and having to make do with phone calls to family.  Listening to my daughter crying her eyes out when I phoned home telling me “I didn’t want grandad to die, I wanted to go and see him again” was horrible and I couldn’t be there for her.

We weren’t close in the way that some people are with grandparents – in fact, I hadn’t seen him for a few years until he went into hospital a couple of months back – but that’s how it was when we were kids and other than my parents, my sister and my nan, I don’t see most of my family for years at a time even though most of them live within 20 minutes’ drive.  But he was my grandad and I loved him even if he was a cantankerous old bugger (not to mention being Welsh).

I went to see him a few weeks ago and we talked for a long time – probably more that one day than I’ve ever talked to him before.  That was the last time I saw him and that’s what I’ll remember.  He was smiling and joking, I didn’t see much of that side of him as my grumpy grandad when I was a kid.

I didn’t see him as often as I should, especially when he only lived a few miles away but I’m glad we spent a bit of time together this last couple of months.  He told one of my aunties the other day that he was fed up of feeling ill and that he’d had enough.  Yesterday he had pictures of my nan out on the table with her things that he’d kept (she died years ago).  I guess he knew what was coming and I think he wanted it.  He died with his wife and four of his daughters around him.

But I’m not going to write today off just yet.  My mother-in-law is in Shrewsbury tonight for the Pride of Shropshire awards where she’s in the final three for the carers award.  She’ll find out in a couple of hours if she’s got the award.  Hopefully she does and I can end the day on slightly less of a downer.

I’ll be glad when today is over and even more glad to get home tomorrow.  Today has been a thoroughly shitty day.

My mother-in-law is in the final 3 of the Pride of Shropshire Awards in the Carers class.

My father-in-law has an über-rare disease called superficial siderosis.  As of 4 years ago there were only 270 confirmed cases worldwide so as you can imagine, there’s not much known about the disease or what is likely to happen in the future.  He started losing his hearing about 20 years ago, the last thing he heard was a firework about 6 or 7 years ago (it certainly surprised him!).  When I first met Mrs Sane her dad was walking with a stick, driving by himself and going fishing.  Now he needs a wheelchair outside, a big walking frame in the house and he can’t go anywhere on his own.

We won’t know if she’s won until next Thursday but just being in the top 3 is an achievement even if she doesn’t.