Another game of croquet your Lardship?

John Prescott’s phoney class war has taken another bizarre twist with the announcement that he has accepted a peerage.

Prezza made a BBC documentary recently all about his class war and in 2005 he even slagged off Tony Bliar’s school “reforms” because they weren’t working class enough.  Yet as Deputy Prime Minister he was on a salary of £134k – more than 9 times the current minimum wage of around £14.5k – and had two grace and favour homes paid for by the taxpayer and a flat paid for by a union as well as his taxpayer-funded constituency home.  And then there were his two armoured, chauffeur-driven Jags that he used to do the shopping and drive his wife up the road so her hair didn’t get blown about.

Like all class warriors that have had a stint lording it over the proles (excuse the pun), Prescott is a millionaire with a hefty ministerial pension which will keep him in the manner to which he has become accustomed and as a member of the House of Lords he’ll be paid £335.50 for every day he hauls his sweaty, pampered arse into the House of Lords. 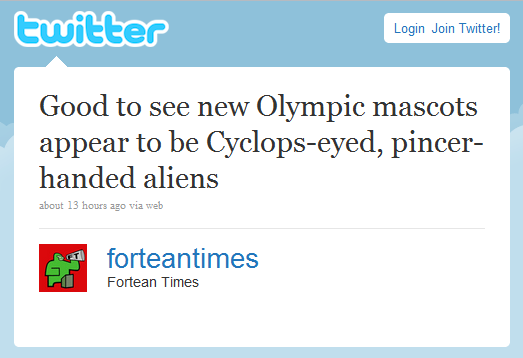 May 14, 2010 wonkotsane Come the revolution, Police State One comment

So one of the first acts of our new EU regional administrators is to introduce fixed term parliaments.

There is nothing at all wrong with a 5 year fixed term parliament and I wholeheartedly agree with it.  Stopping the British Prime Minister of the day from calling an election when it is politically expedient rather than when it is good for the country is a fantastic idea.

I would prefer to see a 5 year fixed term parliament with a requirement for 75% of opposition MPs required to force a dissolution of parliament.  It needs to be a high figure to prevent spurious attempt to depose the party in power but not so high that the opposition has to be virtually unanimous in their opposition of the ruling party making it almost impossible to depose them.

This 55% rule will keep ConDem coalition in power for as long as they want it and certainly most parties that form a government through an outright majority.  The extra 5% is 4 MPs – hardly an insurmountable target.

Cameron’s campaign for absolute power has to be stopped.

Well, it looks like people didn’t use their vote wisely after all.

The expected anti-LibLabCon backlash didn’t materialise with people voting for the LibLabCon coalition.  The Leaders “Debates” shown on Sky, ITV and the BBC successfully deflected attention from the local candidates and onto the party leaders even though only a few thousand of us could vote for them and the anti-hung parliament propaganda in Tory newspapers scared a lot of people into so-called “tactical” voting.

The BBCs partiality in this election needs to be investigated and steps taken to ensure that the privileged and powerful few aren’t given an unfair advantage over the already disadvantaged smaller parties.

And when the Tory media complains about the fact that Gordon Brown is still Prime Minister despite losing by 2m votes and 50-odd seats, they have only themselves to blame for interfering in the election.  If they’d left people to get on with voting for who they wanted instead of peddling propaganda about a hung parliament the result could have been very different.  If they’d stuck to slagging off Liebour and the Limp Dims instead of telling lies about a hung parliament they wouldn’t have motivated the LibLab voters.

It looks like UKIP’s hopes are all pinned on Nigel Farage.  The result has been pretty disappointing nationwide for UKIP but it looks like a lot of deposits have been retained and UKIP have beaten the BNP in almost every seat contested.

In Telford, David Wright managed to cling on to his seat with a reduced majority of about 1k, reduced from 5k.  Denis Allen got almost 2.5k votes, keeping his deposit and effectively depriving the Tories of a victory.  That was certainly the general consensus anyway – the Tories were fuming with us and the Liebour lot were shaking our hands blinking away the tears in their eyes, thanking us for seeing the Tories off!

In the Wrekin constituency, Mark Pritchard increased his 500 majority to 9k.  Malcolm Hurst for UKIP got 2,050 votes and missed the 5% needed to keep his deposit by about 350 votes.

As I type, there are over 2m more votes for the Tories than there are for Liebour and a difference of 47 seats.  There are 1.6m votes between the Limp Dims and Liebour but the difference in seats is 189.  The electoral system is fundamentally wrong and needs changing.  Under proportional representation, based on current vote share with 43 seats left to declare, the seat allocation for the main parties should be something like:

Tens of millions of votes will be ignored no matter what the outcome is because we still have this medieval first past the post electoral system.

Use your vote wisely

The polling stations have been open for 20 minutes now and today is probably a once in a lifetime chance to change the face of English politics forever.

For too long, English politics has been about the same tired old parties – the dishonest Conservatives, the illiberal and economically illiterate Labour Party and the weak and ineffectual Lib Dems.  We’ve seen our country bankrupted and sold to the EU and our trust abused by thieving politicians.  Today we have a chance to break the stranglehold the corrupt LibLabCon have over our country and change the way it is governed.

It might not seem like it with the media’s obsession over Brown, Cameron and Clegg and the exclusive “Leaders Debates” but today we are voting for an MP, not a Prime Minister.  If you listen to the LibLabCon and cast a so-called “tactical” vote then you’ve cast a wasted vote.  If you vote for somebody you don’t want to try and stop someone else you don’t want from winning then all you’re going to get is someone you don’t want representing you for the next 5 years.

You know that feeling you get when you’re choosing a new mobile phone?  You look at all the features and read the reviews and think “Can I live with this phone for the next 12-18 months until I’m due my next upgrade?”.  That’s the feeling you should be getting when you look at your ballot paper multiplied by a thousand.  The person you vote for today (if he or she wins) is going to represent you in Westminster for up to 5 years.

There is no such thing as a wasted vote, us it wisely. 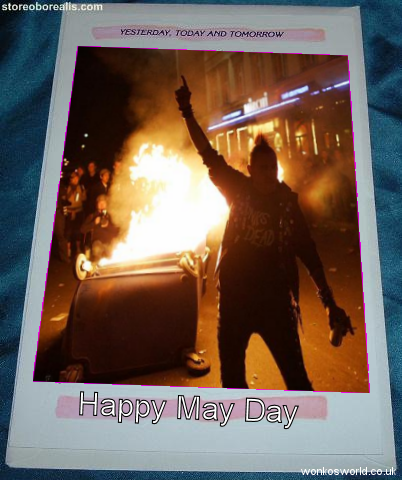