I nearly fell off my chair this morning when I heard on the news that the British government has changed the law so that relatives of people registered as organ donors will not be able to prevent doctors from using the dead person organs.

The reason I nearly fell of my chair was not because I was aghast at the interference of the state in yet another area of our lives but because, for the first time this year, I actually agree with something the British government has done.

I have been on the organ donor register since I got my first driving licence and it was an option on the form.  My wife and family all know my wishes, the only concession is that my wife doesn’t want them to have my eyes (ahhhh) but they can have everything else.  The thing is, I have made the decision that when I die I would like my organs to be used to help someone else live if possible and nobody should be allowed to prevent doctors from respecting my wishes.

A postman has been suspended and is being threatened with the sack for helping residents stop getting junk mail.

The postman was getting so many complaints about junk mail he made his own leaflets advising how to stop unaddressed junk from being delivered. After being inundated with requests the Royal Mail suspended the man and are now threatening to sack him.

I understand that a large proportion of the Royal Mail’s income comes from delivering junk but it is anti-social and unwanted and the Royal Mail shouldn’t rely so heavily on income from junk mail.

Has anyone tried Adobe Flex yet?

Flex is basically an XML-based language for creating rich Flash applications.  The XML source is compiled, along with any ActionScript included in it, into a binary SWF file which can then be embedded into a web page.

The language is aimed at developers rather than designers and does away with the traditional timeline style of devloping Flash.  I’ve downloaded the SDK and looked at some of the examples and it looks relatively simple to get to grips with.  Hopefully this will see Flash used for something other than ripped-off trashy intro pages to 13 year old script kiddies’ websites.

SNP call for abolition of unfair fees … for the English!

The SNP have called for the abolition of the discriminatory university fees regime in North Britain that forces English students studying north of the border paying up to £4k more than a North Briton or EU student for the same course.

The Labour and the Lib Dum controlled North British Parliament introduced the racist fees when their North British MP’s imposed top-up fees on England against the will of MP’s elected in England.

It’s really quite depressing when you think that over half of the MP’s in the British parliament are elected in English constituencies yet the only political party opposing anti-English discrimination (with the obvious exception of the English Democrats) is the SNP.

Went to a party last night in Newport (Shropshire, not West Britain or Isle of Wight) and passed a speed camera van.  Approaching the van it was perfectly visible but coming in the opposite direction it was completely hidden behind a wall and bushes.  The speed camera partnerships say that speed cameras aren’t about making money, they’re there to deter motorists from speeding – this is why they’re painted in bright colours.  If this is the case then why was this particular van hidden behind a wall?

The speed camera van was out in Shrewsbury today (I wonder if they get paid double time for working on a Sunday?) outside the college.  I can understand the logic of putting a speed camera outside of the college if the intention was to keep the students safe from people driving too fast but when the college has been closed for over a month for the summer holidays, exactly who is the speed camera supposed to be protecting?

Intrepid explorer, Wonko The Sane, has returned from an expedition to Tescoland with an astaunding discovery – a box of mushrooms with a label saying their origin is … ENGLAND!

I didn’t even want them, I just brought them because they said England on. 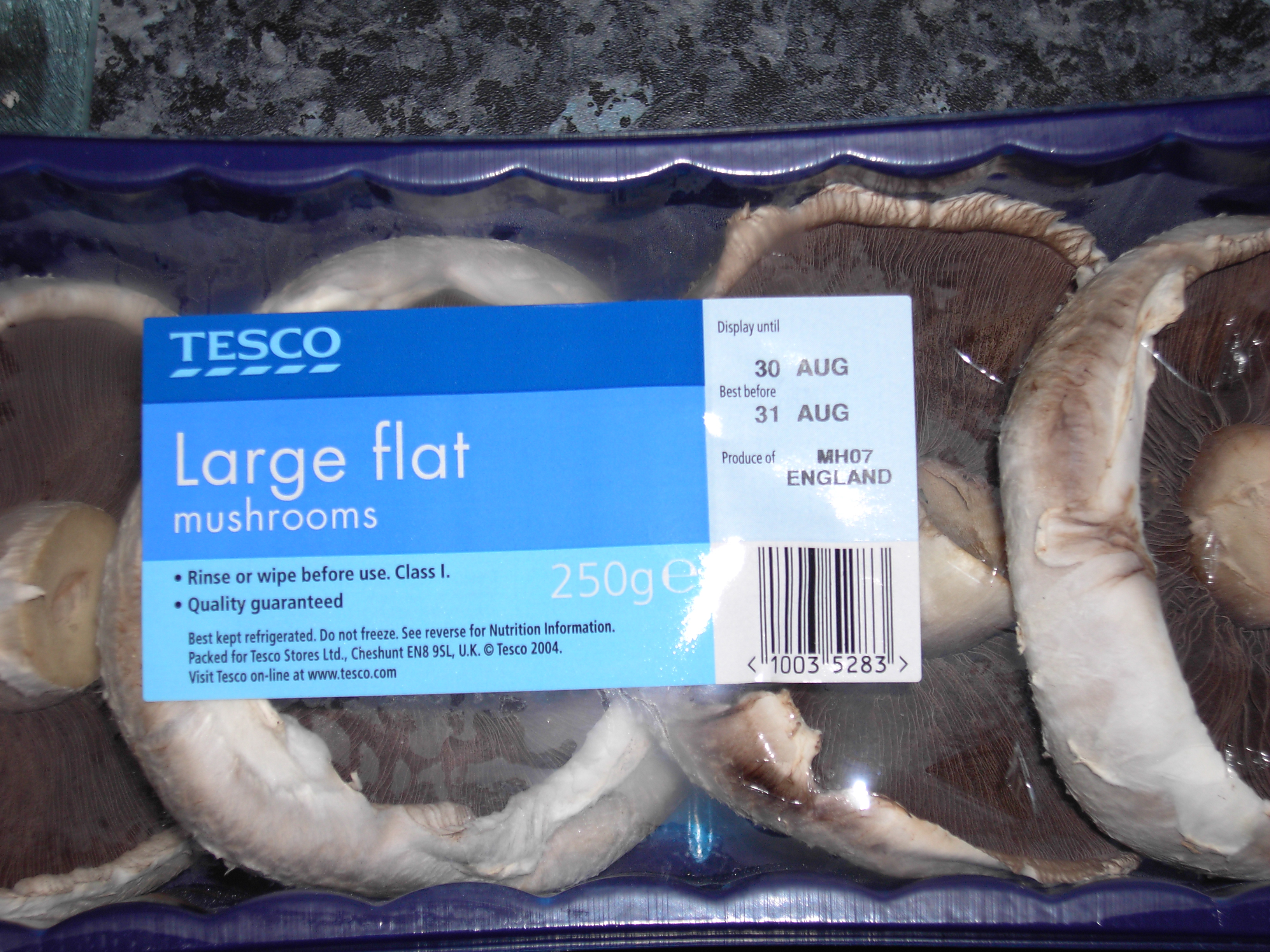 Around 500,000 housholds in England have had their wheelie bins secretly microchipped so that they can be uniquely identified.  This opens up opportunies for charging residents for the amount of rubbish they produce, something that will most impact young families who can’t recycle nappies, baby wipes, etc.

Some dustbin lorries already have weighing equipment fitted so implementing this policy will be relatively easy.  Local Authorities already have the power to tell you how and when your rubbish must be made available.  They can force you to recycle, refuse to accept certain items and in theory could even force you to take your wheelie bin to a collection point 10 miles down the road if they so wish with thousands of pounds in fines for refusing to obey their instructions.

Balamory: A beacon of multiculturalism

The kids had the telly on this morning and not for the first time I have marvelled at the diversity of the multicultural haven that is known as Balamory.

For those who don’t know what Balamory is (ie. you don’t have young children or a telly), it’s a small town on a remote North British island accessible only by a ferry from the mainland.  The population comprises about one third white North British, a couple of English people, one American and about two thirds Asian/Oriental/black.  The American is a black artist and the English population of Balamory consists of a female geordie in a wheelchair, a black fitness freak and a giner curly haired kilt wearing inventor with a Scottish name who lives in a big pink castle.

The people of Balamory (or Tobomory as it’s known in real life) are an example to us all.

Two councils in West Britain have been criticised by British Labour MP for Caerphilly, Wayne David, for pledging their opposition to the ID Card scam.

The two councils – Cardiff and Ceredigion – both feel that ID cards will be expensive and useless and are refusing to take part in any trials or to require its use for services unless required to do so by law.

Wayne David MP said that it was unhelpful because we are at risk from terrorism. The British government has already withdrawn its claim that ID cards will prevent terrorism. He said that it is “incumbent” on local authorities to support the scheme. I wonder if Mr David intentionally used the word incumbent or perhaps didn’t realised that incumbent means obligatory. ID cards are voluntary aren’t they?

Hindsight is such a wonderful thing!  When I moved from my old blog at vbCity – The Insane Rambling of Wonko the Sane – I was still a blogging newbie and not the blog-addicted gobshite that I am now.  With the benefit of hindsight I wouldn’t have chosen Blogger as a blogging platform for Wonko’s World.  Don’t get me wrong, Blogger is a good blogging platform with an easily customisable template but it lacks features and it isn’t feasible to republish the entire blog (especially one the size of mine) every time you change the template.

It’s possible to hack Blogger about to add most of the features of WordPress but I’m fed up of hacking and fiddling with Blogger to make it do what I want.  With this in mind, I am ditching Blogger and moving to WordPress.  I can’t get the import tool to import from Blogger so for the time being I will post to both blogs at the same time.