November 11, 2009 wonkotsane Police State, Propaganda No comments
! This post hasn't been updated in over a year. A lot can change in a year including my opinion and the amount of naughty words I use. There's a good chance that there's something in what's written below that someone will find objectionable. That's fine, if I tried to please everybody all of the time then I'd be a Lib Dem (remember them?) and I'm certainly not one of those. The point is, I'm not the kind of person to try and alter history in case I said something in the past that someone can use against me in the future but just remember that the person I was then isn't the person I am now nor the person I'll be in a year's time.

Three more drugs advisers from the British government’s Advisory Council for the Misuse of Drugs have resigned following the sacking of Professor David Nutt. 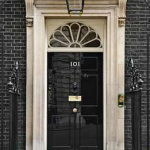 There are now 6 vacancies on the Advisory Council for the Misuse of Drugs following Professor Nutt’s sacking and the 5 resignations that have occured in protest at the sacking yet Alan Johnson still won’t admit he was wrong and the British government refuses to put scientific fact before personal opinion and populist propaganda.

Just like the British government ignores the science that proves climate change propaganda to be false, so they ignore independent scientific evidence on the level of danger certain drugs (including alcohol and nicotine) present.  The British government isn’t interested in fact, they will continue to spread rumour and false information until the population accepts it as fact.