We’re a nation of fools 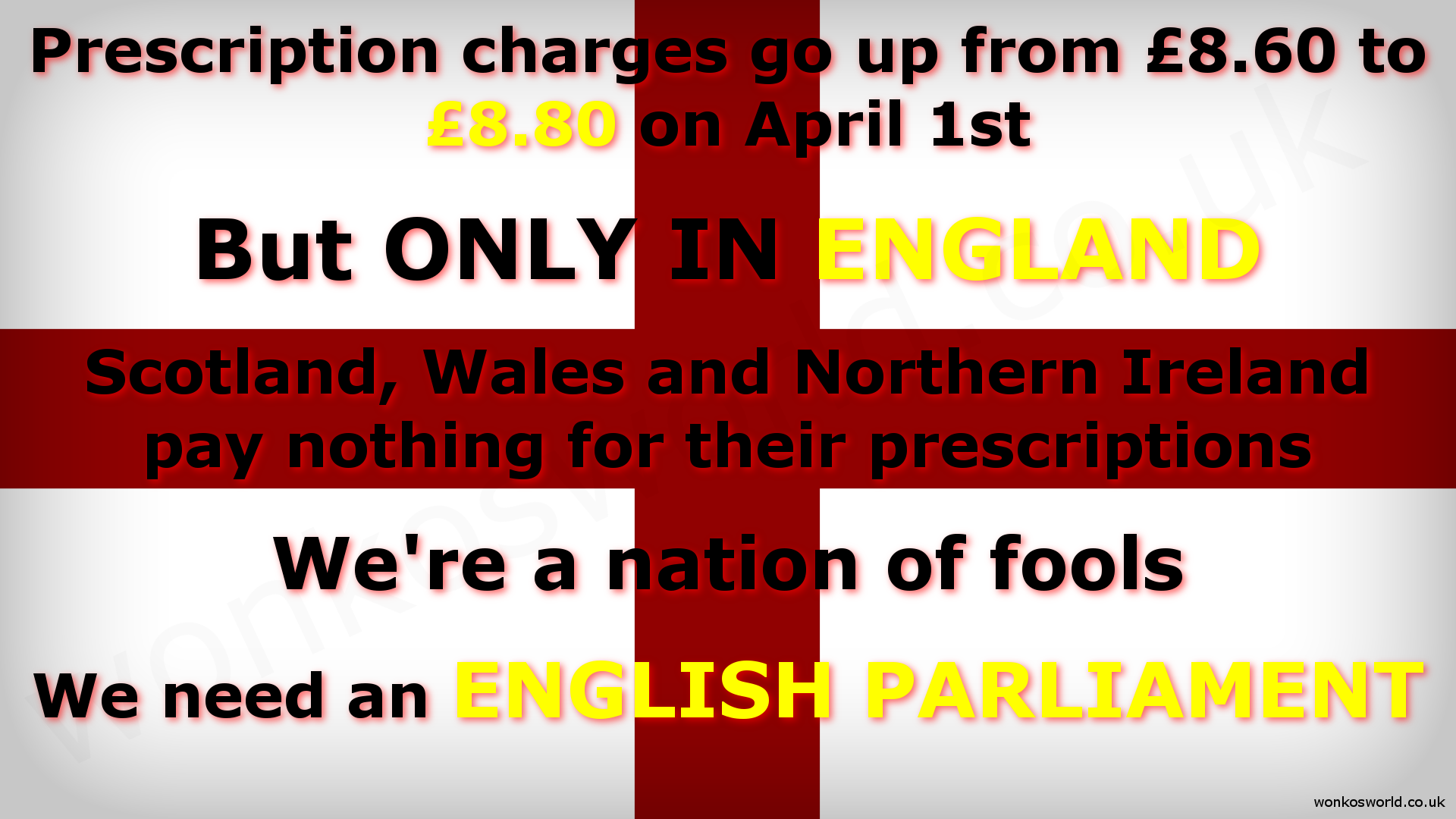 It’s April Fool’s Day today and you all know what that means … that’s right, the British are taking us for fools yet again with the prescription charge in England going up 20p to £8.05 per item. 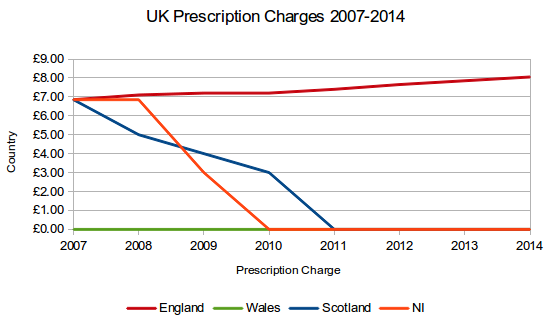 According to the BBC, GPs in England are being put under pressure by PCTs to half the amount of medication they are prescribing patients to bring in more income from prescription charges.

Currently you can get up to 2 months’ worth of medication on one prescription but PCTs have been telling GPs to cut that to one month, doubling the cost of repeat prescriptions at a time when they have just gone up to £7.40 per item in England.

Prescription charges have been free in Wales and Northern Ireland for a while and became free in Scotland this year on April Fool’s Day – the same day the British Department of Health put the price up to £7.40 in England.  The British Department of Health says that it can’t afford the £450m cost of providing free prescriptions in England but the British government still manages to find £20bn per year of English money to subsidise free prescriptions and other benefits in Scotland, Wales and Northern Ireland and £4bn to bail out Portugal.

The Brits are taking the piss once again, where are the riots on the streets over this sickness tax?

On the 1st of April, the British Department of English Health is putting prescriptions charges up to £7.40 per item.

On the 1st of April, the Scottish government is abolishing prescription charges.

According to the British Department of English Health, it would cost £450m to give free prescriptions to English people and after giving all our money away to the Scots, Welsh, Northern Irish and the EU we apparently can’t afford it.  Two and a half days of EU membership fees would cover the cost of free prescriptions in England.  I know what I’d rather the money was spent on and it isn’t Greek sewers, Albanian roads, French farmers and Spanish fishermen.